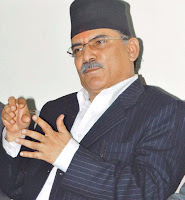 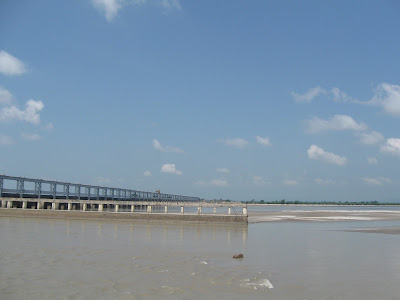 ( KOSHI BARRAGE: ON THE PATH OF TINAU HATISUNDE BARRAGE)
By Dinesh Kumar Mishra 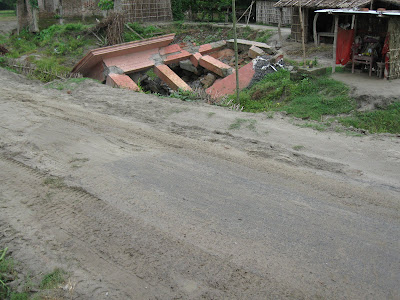 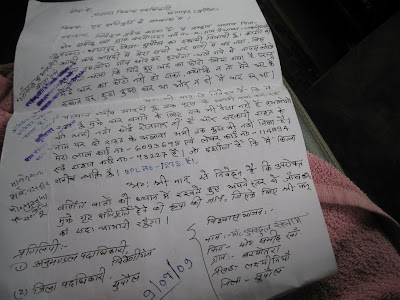 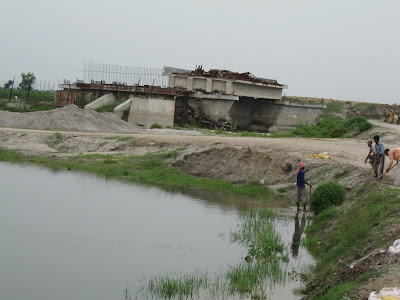 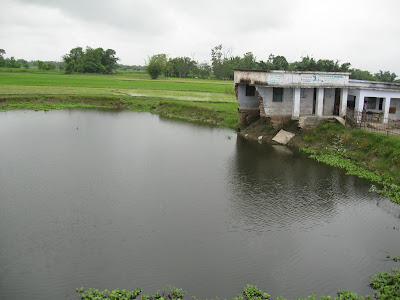 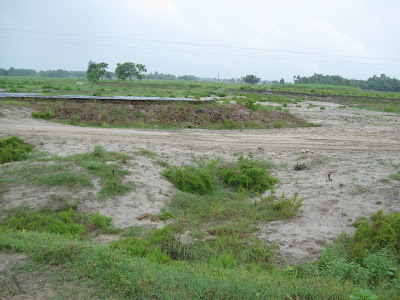 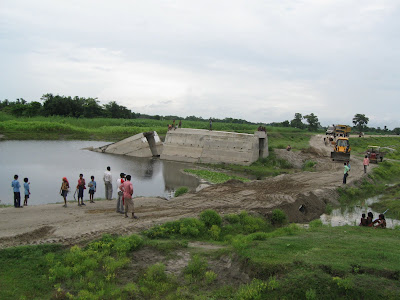 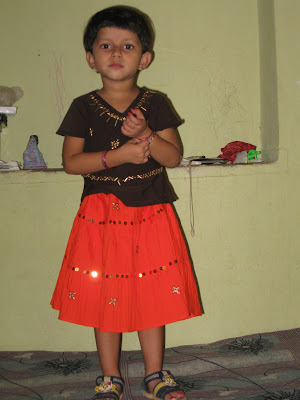 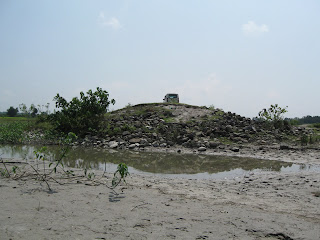 (Without Guardian: A damaged spur of Kosi near Bheja, Madhubani )
First time in many years western embankment of Kosi is facing serious threat. As per the local resident of Bheja and Madhepur, more than 6 spurs near Madhepur (Madhubani district) from 33 to 45 km are in danger due to water pressure. local resident inform me that some spurs within 35.80 to 53.20 are also in trouble as water level increasing in the river. It is important to note that west embankment of kosi is in complete neglegence since 3 decade. It is runing virtually without Maintainance and monitoring . At some places,(from Nirmalee to Bheja) existance of embankment is just for name and tending to be plane surface with country side. Presently Existing embankment is unable to face even simple load of water and normal current. It is good luck of people that major flows of kosi are in eastern part since many years . But at any point of time, it might be in west. Then what will be happen ? Only God Know !
Posted by रंजीत/ Ranjit at 3:51 am 1 टिप्पणी: