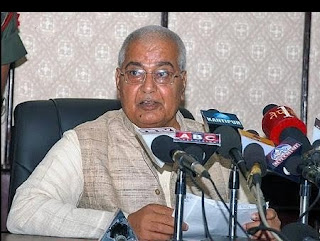 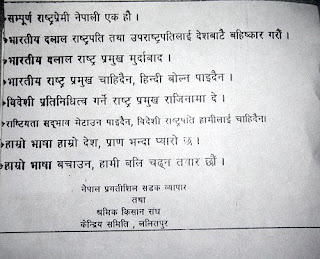 Completely one sided writing without any fact and truth.

Nepali population having hindi mother tongue is less than 0.1 % Please refer to www.cbs.gov.np

According to same document, national language Nepali (नेपाली) is spoken by 57% of total population as Mother tongue. Whereas, other are Maithili (मैथिली)10%, Bhojpuri (भोजपुरी) 7%, Tharu (4%), Tamang (5%) and rest other.

Being a national language almost 100% of population can speak and understand Nepali.

As much as I know, some people living in city and terai area understand Hindi/ Urdu due to access in Indian media. I understand Hindi because I have its complete access and I am interested in languages. Beside Hindi/ Urdu I have fluent command in English, Spanish and French.

About the origin of language, Sankrit is the origin of all languages like Nepali, Maithali, Hindi, Urdu, Bhojpuri and so on. The language sanskrit is believed to origined dated 1500 BCE. Primerily it used to be languages to Rishi Munis. And as you know a lot of hindu literature are written in Sanskrit. Most of Risi Munis used to live in Himalays. Being the center of Himalays, everyone can easily guess that sanskrit originated somewhere in present day Nepal.

Later on it developped to prakrit and then seperated to present day languages listed above. So its obvious to be common nouns and verbs between those languages.

So, your sentence saying all of those languages are subset of Hindi is no more than FUN...he he

About the dependeancy, in this world all of country are linked and interdependet to each other. Its not the time to stone age, where all used to be seperate. Its 21st century. And its obivius Nepal is dependent rest of world and India too.

holding the public-post nobody is authorized to cross the legal rules in any name. Mr. Vice president tried to cross his limit. He used an international language on outh. thts too much. so the reaction was obivious.

but now he realized his mistake and corrected it.

everything is ok now.


Being a citizen of Nepal I never hate nobody. Nepali just love and respect everybody. Its in our blood. We love Hindi, Urdu or all langauge arround the world. We never hate India, Pakistan, China or any county in the world.

We just we want to make sure nobody break our sentiment.